I thought I’d tell you a story

I thought I’d tell you a story. A true story. Or as true as a told story can be.

I think it may be a tale about the perennial wrestle between pragmatism and principle, but I may be wrong.  If you read on, you can decide for yourself.

The story is about events that took place sometime in the late 1980’s, may be the early the 1990’s. I can’t be any more exact than that, but the date is not really of any consequence.  Or, it occurs to me, perhaps it is.  The way one thinks about things can be quite time or era-specific.

There once was an Urban Farm in the London Borough of Wandsworth.  It was called Elm Farm. I don’t know why it was named that, for I can recall no Elm trees in the vicinity. But I may be wrong. Perhaps there were some Elm trees nearby.  But it doesn’t matter, the story is the same with or without Elm trees.

Although on a very small patch of land, it was quite a successful farm.  It had goats, a cow, chickens, geese, rabbits.  And lots of local, regular human users. Kids loved it, and many busied themselves with farm-type tasks, including smelly, mucky ones.

Animals were born on the farm, and some were killed there: the chickens were for food and eggs, so some got the chop on a regular basis; and some continued to lay eggs – and lived as long as they performed their duty in that regard.  The goats were also sent for slaughter, also on a regular basis, their meat coming back to the farm for sale locally.  You could say that the circle of life and death was played out here. END_OF_DOCUMENT_TOKEN_TO_BE_REPLACED

Umm Al-Hiran Village: In 19 days this village will be demolished by Israel

In nineteen days’ time, that is from today the 27 March 2018, five hundred Bedouin men, women and children, residents of the village of Umm Al-Hiran in the Israel Negev desert, will see their homes destroyed, their school, community facilities and mosque razed to the ground, their livelihoods liquidated. The villagers will then be forcibly moved to the nearby Bedouin township of Hura, one of the poorest in the country. Already severely overcrowded, it lacks sufficient services, housing plots and infrastructure even for its current residents.

In addition to the injustice of an entire village population being uprooted against their will, the move would also trigger a profound, disorientating change in the economics, culture and meaning of the villagers’ very sense of themselves as an agricultural-based community now to be forcibly inserted into an alien, over-crowded, unfamiliar and unwanted urban life. 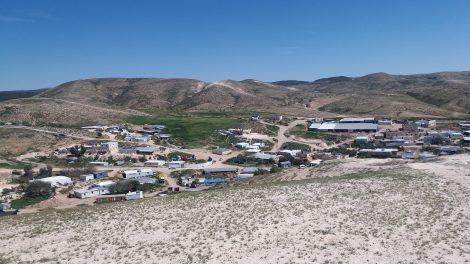